When you hear the name Apple you think of one of the largest tech companies in the world. You think of a multi-level building with thousands of employees who all contributed to one of the most used mobile phones to date, the iPhone.

What you may not know is that the founder of Apple, Steve Jobs, started this billion dollar company from his parents’ garage in the suburbs. An ordinary person just like you and me, with a dream and a passion to change the world.

But Steve isn’t the only billionaire who has come from humble beginnings.

There are many others just like him, with companies such as Amazon, Microsoft, and Disney to name a few, which all started in their garages. Here are the top 5 world’s largest companies that started from their garage.

The tech giant was founded on April 1st in 1976 by college dropouts Steve Wozniak and Steve Jobs when they built the first Apple I computer which did not have a keyboard, monitor or casing for $US 500. By 1980 they had revolutionised the computer industry with the Apple II, which featured first-ever coloured graphics. The company had jumped from $US 7.8 million in 1978 to $US117 million in 1980, which is the year Apple went public. As of 2019 Apple is now worth just over $919 billion.

What started as a simple idea in Steve’s parents garage has now grown into one of the worlds largest tech companies with millions of people using the Apple brand.

“Let’s go invent tomorrow rather than worrying about what happened yesterday.” – Steve Jobs

What started as a humble little bookshop from Jeff Bezos garage in 1994 has now become the world’s largest online marketplace worth approximately $US937 billion. With a passion to make an impact in our world, Jeff quit his Wall Street job and launched Amazon out of his garage. Within 30 days of launch, Amazon was doing $US20,000 per week in sales. In 1995 Jeff managed to raise $US8 million in funding from Kleiner Perkins and by 1997 Amazon went public at $18 a share. From here the company began to skyrocket as it started to acquire smaller companies such as popular internet movie forum IMDb.

“If you’re not stubborn, you’ll give up on experiments too soon. And if you’re not flexible, you’ll pound your head against the wall and you won’t see a different solution to a problem you’re trying to solve.” – Jeff Bezos.

Understanding there was a need for computer software, Microsoft was founded in 1975 by friends Bill Gates and Paul Allen in a tiny garage in Albuquerque, New Mexico. Allen had quit his job as a programmer, Gates followed suit and left Harvard University to follow their dreams of creating one of the worlds most used computer software in history — Microsoft. By the end of 1978 Microsoft’s sales had topped more than $US1 million and in 1979 the business moved to its new headquarters in Bellevue Washington. In 1985, Microsoft released a new operating system, what we have grown to know as Windows, which featured a graphical user interface with drop-down menus, scroll bars and other features. To this date, the software giant is now worth $US1 trillion with a market share price of $US134.

What started in a tiny wooden garage in 1923 has now become one of the world’s biggest multimedia companies that we have all grown to love. Originally known as Disney Brothers Cartoon Studio, was founded by two determined brothers, Walt and Roy Disney, with their very first cartoon called Alice’s Wonderland. There was a slight speed bump when their distributor at the time, had attempted to cut them out of the equation, in hopes to make Walt’s new character Oswald, their own and for less money. From then onwards, he saw to it that he owned everything he made. Fast forward to the 20th century and Disney is now worth an estimated $US250 billion.

“All our dreams can come true, if we have the courage to pursue them.” – Walt Disney.

What originally started dorm rooms and a garage as their first office, Larry Page and Sergey Brin were on the cusp of greatness. With a shared passion to find a way to organise the world’s information and make it universally accessible and useful, a search engine was born — Backrub. After receiving their very first cheque for $US100,000, the duo soon moved into their first office, a garage that was owned by now Youtube CEO Susan Wojciki, where the name was changed to what we know today as Google. As of 2019, the company is currently worth $US747 billion with a share price of $US1076.63.

“If you’re changing the world, you’re working on important things. You’re excited to get up in the morning.” – Larry Page

It’s never too late to try

If Jeff Bezos could transform his life at 30 anything is possible but it all starts with a passion and maybe an organised garage. If your garage is currently a complete mess or noisy it’s time to consider a remodel or even a renovation. Attempting to work or following your passion in a cluttered garage can be discouraging and unmotivating, I’m sure these Australian garage businesses can agree.

To make matters worse, if your garage is making loud squealing noises or struggles to open and close and has no windows, you won’t even want to go near it let alone spend 8 hours a day inside it. If you’re on the verge of greatness and need a working garage door to begin, contact Gryphon Garage Doors Perth to start your journey. 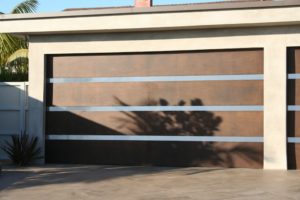 How Do Vinyl Garage Doors Compare to Steel or Aluminium?

There comes a point in time when you’re faced with the choice of choosing a garage door material. It may not seem like an important decision at the time of reading this article, but when it accounts for 30% of your front curb appeal and acts as the gatekeeper into... Read More 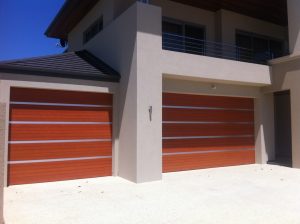 What’s New in The World of Garage Doors 2020

Discover the benefits of a smart garage door opener and take complete control over your home’s largest entrance. The world of garage doors in 2019 was the year for being bold & beautiful. Darker shades and colours, black, in particular, took the world by storm as more homeowners searched for... Read More 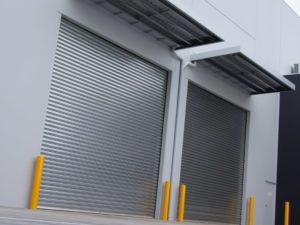 Whether you own a small cafe, factory or large warehouse there will come a time where you need to ask yourself what business insurance do I need in Australia? Do I really need business insurance? As a business owner, it’s in your best interest to protect what is yours and... Read More 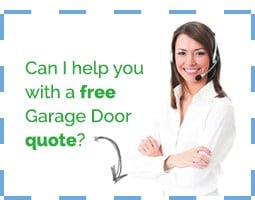 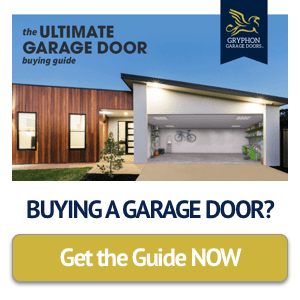